Samsung is already a brand Smartphone that really ramps the market, its release products are always selling sweet, especially on the flagship series Galaxy S that always bring new innovations. This Series is also included in the category of Samsung’s top-selling best in 2020.

Well, besides the flagship series, Samsung also has the Galaxy A series that is more aimed at generation Z at an affordable price. One of the products that have been released is the Samsung Galaxy A11.

With a reasonably price, is the Samsung Galaxy A11 worth It?

Cheap doesn’t mean ugly. Although the Galaxy A series is closely related to the stigma of cheap, the Samsung Galaxy A11 comes with the features and specs that are dear to be missed.

Here are 5 points of excess Samsung Galaxy A11 that need to be known.

By presenting a display that carries the Infinity-O Display design, the Samsung Galaxy A11 looks relieved with its screen that meets almost the entire space. The 6.4-inch size is HD + 720 x 1560 pixels with a density of 268 PPI and 19.5:9 ratio.

The panels that it comes with are not IPS LCD and OLED, but PLS TFT which has a prolonged Plane to Line Switching Thin Film Transistor. The panel PLS TFT is a panel of Samsung that is said to be able to rival IPS LCD.

Compared with IPS LCD, panel PLS TFT has a 10% greater brightness level as well as a wider angle of vision. By using PLS TFT, the Samsung Galaxy A11 is able to present a low-cost screen but with better quality than IPS LCD.

The Samsung Galaxy A11 is accompanied by a durable battery in its class of 4000 mAh. The battery is already carrying the capability of fast charging 15 W.

About this battery is able to survive how long huh?

The Samsung Galaxy A11 still leaves a battery of 20% after a maximum of 19 hours 4 minutes of use. These results are known from benchmarks via PCMark 10. So for those of you who want an Android phone with a durable battery, the Samsung Galaxy A11 is one of the best options.

The latest smartphones generally already carry a USB Type-C port like the Samsung Galaxy A11 that is being discussed. In addition to its reversible shape, this port type is capable of transferring data faster than regular micro USB.

In fact, in the price segment of cheap Android phone, There are still some that only presents a micro USB. The presence of USB type-C on Samsung Galaxy A11 really adds value to this HP.

Do you have a large collection of movies and TV Series? With external memory support, these files can be enjoyed on the HP without compromising the internal memory.

The A11 Samsung Galaxy delivers triple slots that can be paired with two nano-SIM cards as well as a microSD up to 512 GB capacity. In this way, the data in it will also be maintained even though the factory reset is done.

Samsung also presents a pretty trendy rear body design for the Galaxy A11. The back of the body has four different color variants such as black, white, blue, and red. Although it does not have a pattern, the soft color that comes with it gives a chic and pleasing impression.

Meanwhile, the design is slim with a curved side that makes this HP comfortable to grip even with one hand.

Although the Samsung Galaxy A11 has some lucrative advantages, this Android also does not escape the shortcomings of some sectors.

What is it? Here are 5 disadvantages of Samsung Galaxy A11.

In the years 2020 and above, you need at least Android with a size of 4 GB RAM. Below that, closed applications cannot be reopened and instead repeat from scratch.

This Samsung Galaxy A11 only presents two variants of RAM that is really small, which is 2 GB and 3 GB only. The RAM is also accompanied by 32 GB internal memory.

This really makes it difficult for users who want to install various applications. Plus, when you open a lot of applications, it will likely often slow. Obviously this interferes with your experience of operating your Android phone and any daily activities can be hampered.

This A11 Samsung Galaxy is also accompanied by a front and rear camera. There is a three-lens configuration with a resolution of 13 MP, 5 MP, and 2 MP in the back. While the front is 8 MP lens.

The 5 MP lens is an ultra-wide sensor with a 115-degree field of view. Meanwhile, the 2 MP lens is a depth sensor that can be used for Live Focus mode. There are no macro lenses available on this Android, but you can still take photos in close proximity.

The Samsung Galaxy A11 relies on the Snapdragon 425 chipset with the Adreno 506 graphics processor. This Chipset is still capable of lifting games like PUBG Mobile, but only on low-to-medium graphics.

4. No Gorilla Glass yet

With a price range owned by the Samsung Galaxy A11, it is unfortunate that Android is not presented with Gorilla Glass protective glass. Whereas Android phone is a lot of cheaps that presents Gorilla Glass 5.

The absence of this protective glass keeps users worried when Android falls. In fact, if you use Gorilla Glass 5, the screen will be awake from scratches and bumps.

Aside from basic specifications such as chipset and camera performance, connectivity is certainly one of the decisive factors. This Samsung Galaxy A11, unfortunately, does not present IR Blaster or NFC.

The presence of infrared sensors is quite underestimated. Nowadays, this sensor is only needed when we want to make Android as a TV remote and AC.

However, the absence of NFC features is quite a deal-breaker for some people, especially those living in metropolitan cities. NFC is generally used for data transfer between devices without having to turn on Bluetooth, and can also be used to transact on digital payments machines. 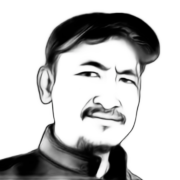